Once upon a time, in a land far, far away, there was a young princess named Sophia. Sophia lived in a magnificent castle with her parents, the king and queen, and her little brother, Prince Oliver.

Sophia was a kind and gentle princess, who loved nothing more than spending time with her family and playing in the castle gardens. But one day, a wicked sorceress cast a spell on Sophia, causing her to fall into a deep sleep.

The king and queen were heartbroken and did everything they could to try and wake Sophia, but nothing seemed to work. They called upon the wisest doctors and magicians in the land, but still, Sophia remained fast asleep.

As the days turned into weeks, and the weeks turned into months, the king and queen began to lose hope. They feared that Sophia would never wake up and that they would lose her forever.

But one night, as the moon shone brightly in the sky, a small, shining star appeared in Sophia’s bedroom window. The star flew down and landed on Sophia’s bed, casting a soft, glowing light over her face.

As the star’s light touched Sophia’s skin, she began to stir. She opened her eyes and sat up, feeling rested and refreshed. The wicked sorceress’s spell was finally broken, and Sophia was awake once more.

The king and queen were overjoyed and hugged Sophia tightly, thanking the little star for breaking the spell and saving their beloved daughter. And from that day on, Sophia lived happily ever after, surrounded by her loving family and the warm, magical light of the little star. The end. 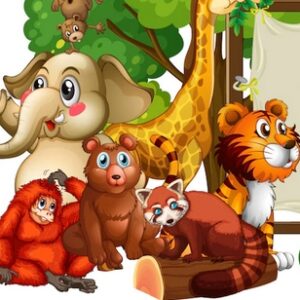 The Great Snore-Off: A Tale of Loud Snores and Sleepless Nights.

ADVERTISEMENT Once upon a time, in a land called Snoreville, there lived a group of animals who loved nothing more than a good night’s sleep. The forest was… ADVERTISEMENT Once upon a time, in a vast and beautiful jungle, there lived a group of animals who were the best of friends. There was a curious monkey…